I didn’t take many screenshots of the tots because they brought chaos and destruction.

It was an absolute NIGHTMARE. The babies were bad enough but then the toddlers were like little hellbeasts. They seriously almost broke me. Amélie and Craig almost died of hunger. The babies almost got taken away because of social decay… It was just awful, LOL.

On the day of their birthday I was thankful that they had been using their logic toys and I could get them out of the red and into gold. I aged them up AS SOON AS I COULD. They did not learn any toddler abilities. They’re lucky they survived.

HERE ARE THE GIRLS!

Marie was the first to age up.

This is the dress she aged up into so I kept it! 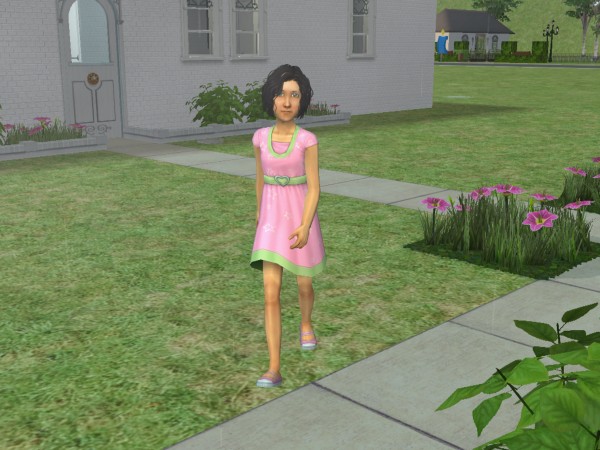 She also aged into her outfit and looked decent. So far so good.

And poor little Eva was last. 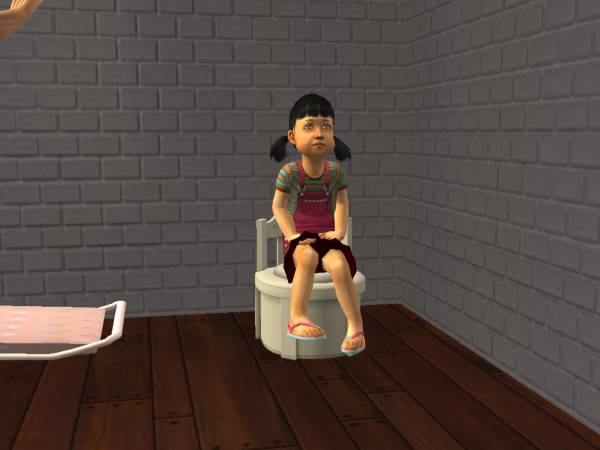 Her outfit didn’t match so this is the new outfit I gave her. 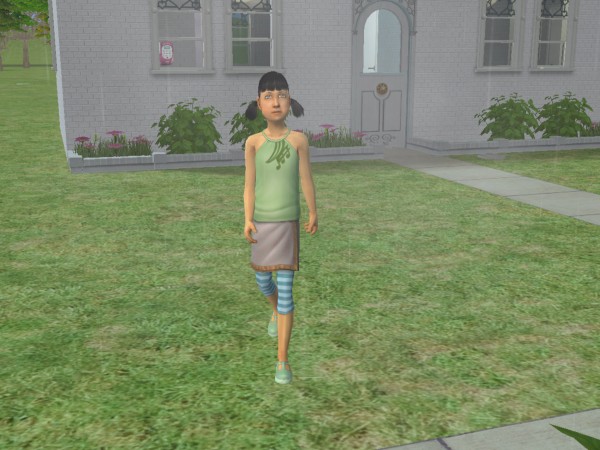 I say “poor little Eva” because she seemed to be the third wheel of her sisters (and she inherited her mother’s full cheeks).

They weren’t mean to their sister but they definitely hung out together without her. They became besties almost immediately. Eva was the second triplet named with sister Marie. Lucie was on her own naming screen. You’d think Marie and Eva would look more the same but you’d be wrong.

PS: Forgot to mention! Craig was demoted and fired while the kids were toddlers. He made bad choices.