SO! Here’s some more about Craig.

I decided to keep his outfit because it was different. Cool. I had him quit his job as a fast food worker and get a job as an educator. I thought it fit his knowledge goals better.

Surprising no one, Amélie found out she was pregnant the night Craig moved in. Looks like I had a risky woohoo mod among the many I installed. Didn’t even need to try!

They did not yet have a TV so I had Amélie dance to bring up her fun level. 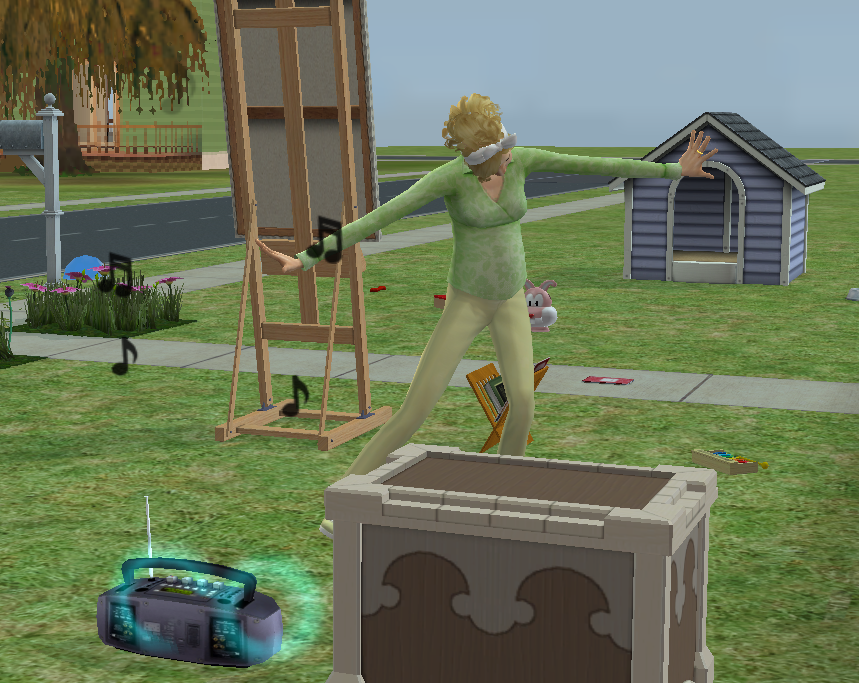 Amazingly enough she’s dancing to classical. I don’t know, dude, doesn’t seem like the style of dancing I would do to that, you know?

Don’t take it so personally, gosh!

Soon it came time for her to give birth and I got the “TWO babies!” alert as it loaded. To my surprise she had THREE babies. All girls. You can thank another nameless mod I found because there really isn’t an option for triplets in this game. WHOOPS. Craig is so happy he can’t even pick up one of his daughters. Way to go, Craig!

They named their girls Marie, Eva, and Lucie. Those little floor beds (CC) were the cheapest option and they couldn’t afford anything more. They were pretty glitchy but thank goodness for the force error option… SHE IS THE CHOSEN ONE…