…aaaaand I’ve sort of met someone.

His name is Kale Munch. He’s a bit older than I am but he doesn’t act like it. I’m not saying he’s immature! He just likes to have fun. He’s a caterer and he owns his own business.

We met at a club, actually. I was out with my cousins and he came up and made a funny comment about my dress.

Really, it wasn’t creepy or anything. He just said that he saw the light reflecting off of it and he felt like a cat following a laser pointer aaaand it led him to me. Yeah, it was a little weird, but I fell for it.

I totally fell for it.

It’s been a little embarrassing to have him visit our house. My bedroom still looks like a teenager lives in it but it’s still the best place to sneak off and be alone.

I just send my sisters a text and ask them not to bother me for a while. So far it’s worked out OK. I am an adult, after all.

I’ve even been to his house a few times.

Kale inherited his house when his father passed away. Because it was so big he invited his brother, Darwin, to move in with him. Darwin is the editor in chief for The Windenburg Times. He was pretty impressed when he found out who my mother was. He said that one of her books is required for one of the courses he teaches at the local college!

Speaking of my mother… …she tells me that she’s starting to feel her age. She’s still writing regularly but she and my dad have definitely slowed down. I know they’re still able to have a good time, though. 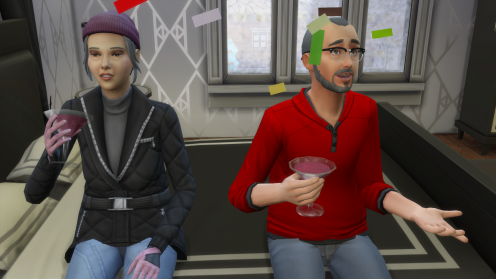 Mom has even tried taking up ice skating as a hobby but she’s not doing so hot. 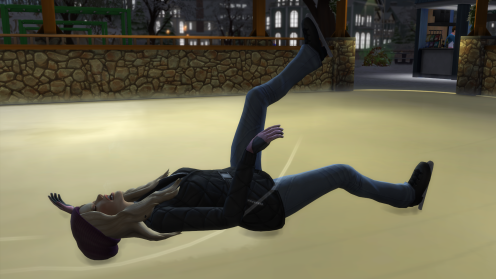 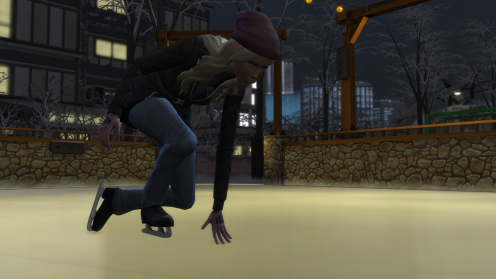 Dad has been spending a lot more time with his hobbies, too. His new greenhouse is his pride and joy. He says it’s to replace the hole in his heart from not having any grandchildren yet. Thanks, Dad.

Besides having his plants, I know he’s been thinking a lot about our brother lately. He mentioned that he wished he would come home and visit.

Not long after the first snowfall of the season Dad received a call from the prodigal son. …and that Bailee was pregnant, too!

I don’t think I’ve ever heard Dad so excited. I think he was just relieved that they had done things in “the right order” (again, so old fashioned, Dad).

Roka and Bailee came to visit us that very next week. We creamed him. 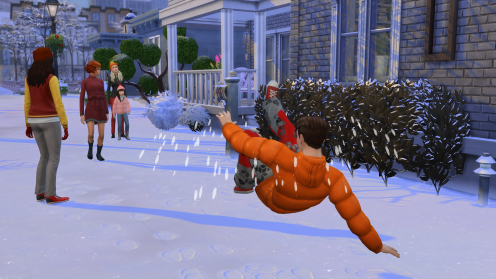 I’m happy that he’s back in our lives. I really missed him. Our family wasn’t the same without him.

BONUS: Christmas! (This family is a mess!)