Chiyo becomes a beautiful teen and Mamoru explores the galaxy.

Chiyo’s birthday arrived and everyone gathered around to celebrate! Well, first they had to clean a bit.

Then Chiyo stepped up to the plate! She rolled active and added curator as her aspiration. I think she’s really pretty! 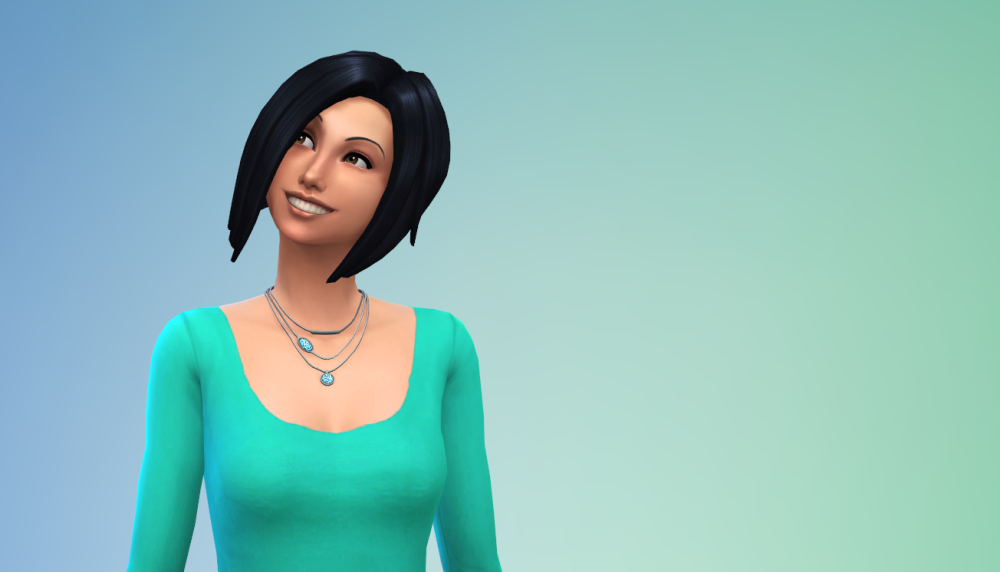 I can’t wait to see what the other girls look like!

Having so many siblings does have its perks. There’s always someone to play with! Several of the kids have Rambunctious Scamp or Social Butterfly so, in a way, this is killing two birds with one stone.

Back inside with the adults, we learned some “oh dear” news. Mamoru and Sonia had received their final notices (for what, the fourth time or something?) I decided to let them go finally even though I really don’t want to.

With so little time left, I decided that Mamo should go visit Sixam. As his bar was dangerously full, I had him say goodbye to his dear wife in style.

After that, he was off!

Sixam was darker than I expected, but still very pretty. I thought it would be a little bigger and that I’d see a ton of aliens. (Whine, whine, whine!) However, Mamoru did manage to collect a lot of space junk, fruit, and flowers, as well as meet one alien (and saw two more). (He also peed himself before leaving…)

When he got home he was embarrassed for not making it to the toilet so I had him relax in the tub. He kept going over the shame in his mind as he soaked, poor guy!

After that one of the girls walked in on him and he became mortified! I briefly thought about letting him die of embarrassment instead of old age but quickly sent him to bed. He had one more level to reach in his smuggling career and I actually thought he might make it!

Through all this I forgot Sayuri’s birthday.

She added the squeamish trait to outgoing and decided to pursue an aspiration of computer whiz.

The next day Mamoru had to work with a full life bar so I made sure to have Kaori say goodbye just in case. (She and Mamoru could become best friends if they wanted but she’s already best friends with Malik.)

She hugged her mother, too (even though they’re not close at all).

Off he went to work! I half expected him to come home early… …but he made it back.

…WITH A PROMOTION! Top of the astronaut career, baby!!!

RAPTOR CLAW! JURASSIC PARK IS IN OUR BACKYARD!!!

Seriously though, have you ever seen a fossil just out in the open like that? Makes me wonder if someone just put it there. It’s a mystery!