Alright then, where did we leave off? Right, Craig lost his job and the girls were doing well in school. Great. We’ll get back to the girls in a minute but first let me show you Amélie’s sick burn.

I sent her out to garden and she stayed out too long and passed out. I didn’t notice for a while and when I did I was like “OH SHIT” so Craig went out to revive her. She became burned. Wow.

Anyway, the girls became teenagers and I finally had a moment to breath so one of them called the headmaster so they could get into private school. Not gonna lie, I have this figured out. Clean up, decorate a little, give a tour. Good. Cook a meal. Also good. Any leftover points you need? Schmooze.

OH, look who showed up! Ninjapig! She’s naked, of course, but this is Sims 2; they were always a little more wild.

So, first day of private school for the girls! 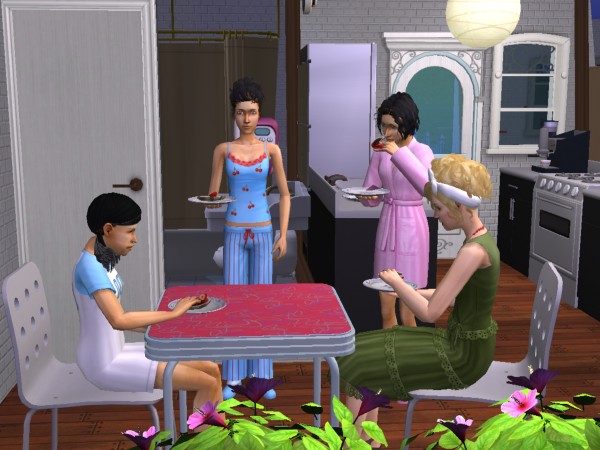 First up is Eva! 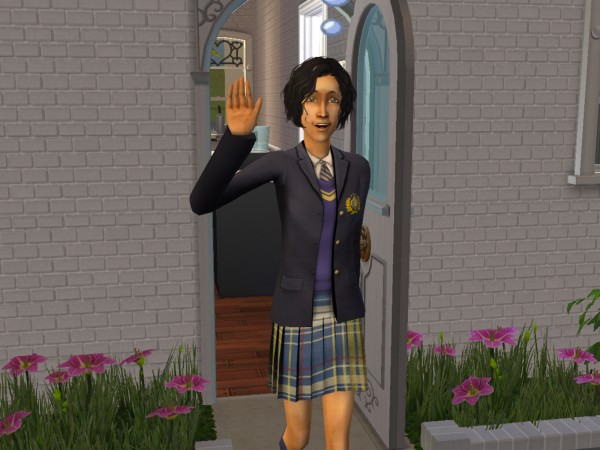 (I love private school in this game! Bring it back to Sims 4!)

Amélie had the day off work and earlier that morning I got a pop up that said things might be going her way soon. I had someone drop off a present! 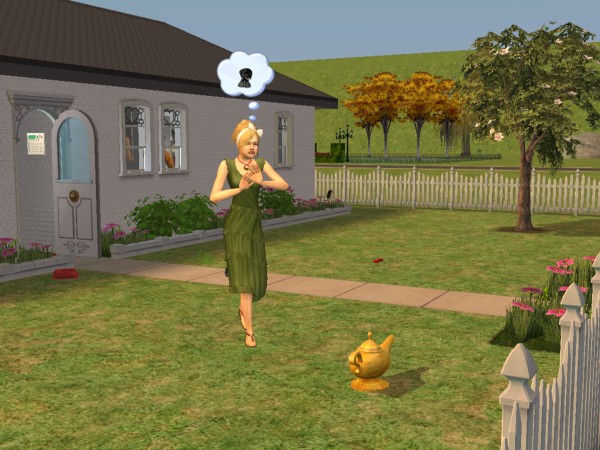 In the end she wished for wealth three times. This would bring a total of around $70K. Whoa. Is this considered cheating in a legacy? Probably. Oh well.

Good thing she gained all that money because she came home early from work and was fired! She made a bad choice, too. She seemed too happy about this. They weren’t quite in the clear yet but I did renovate the house and now it was HUGE.

Eva has been cursed by the game gods. She has the family aspiration and she cannot fall in love. She’s kissed two boys (one was a YA!), went steady with one, and she still hasn’t fallen for either of them despite being best friends with both. Her sister, Lucie, has started woohooing with her boyfriend, Jewell (I dunno, man…), and they are both in love. Their parents are both in love. Eva is happy but not interested. It bites because she WANTS love. I’ve had it ticked for her entire teendom. 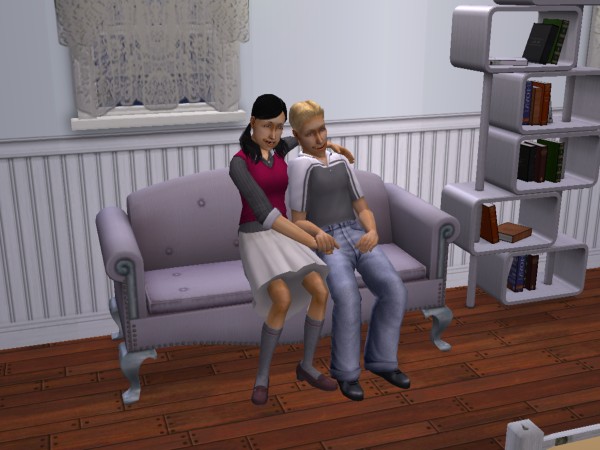 This guy is Stanley. 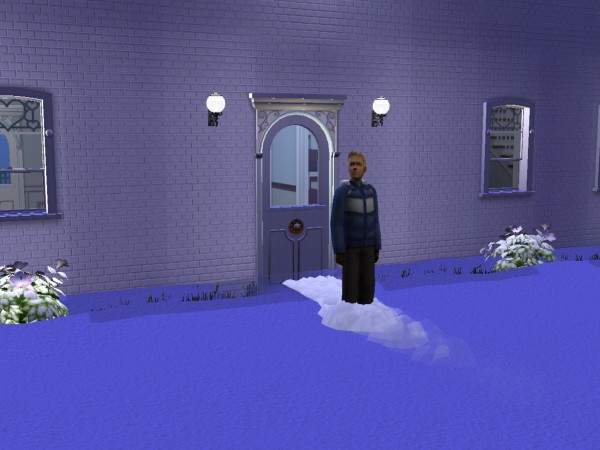 THIS guy is (oh crap, what’s his name? CAN’T REMEMBER) but he and Lucie flirted a little. He’s NOT Jewell.

THIS is Jewell. He came home from school with them one day and he and Lucie hit it off immediately. She ditched what’s his name. (What’s his name and Marie get together later, don’t worry.) 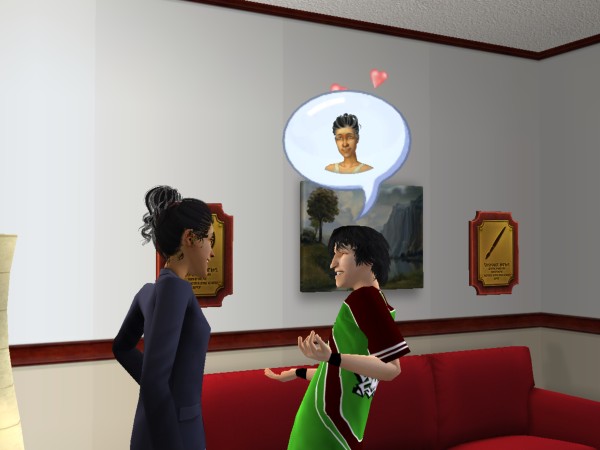 In other news, the family has adopted two dogs, one’s name I can’t remember right now (I am the worst at this, I swear).

This is the newer dog. 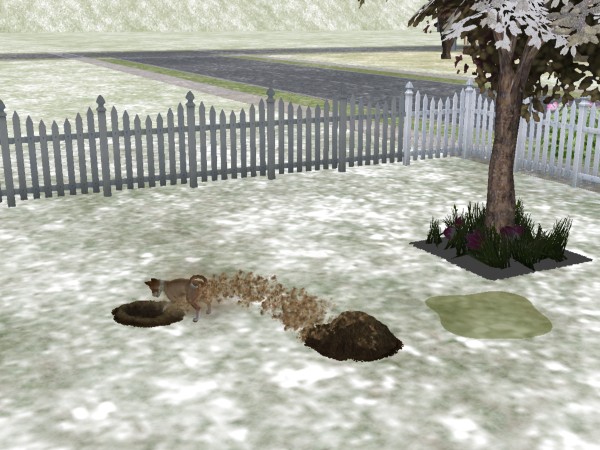 And this is Scout again. 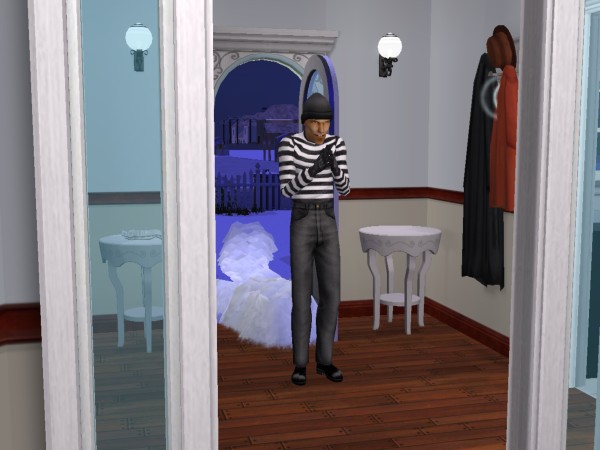 He was swiftly apprehended.

Here’s something new for me: penguins!!! 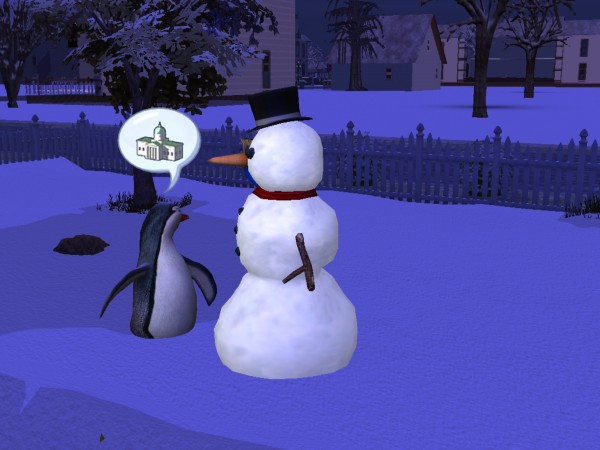 This one was really into politics. I wouldn’t mind seeing a penguin as president.