Since her arrival to the new community, Suzu found her new life to be, simply put, blissful.

In the mornings she slept until she felt rested. Once she was awake, she spent her times practicing yoga, martial arts… …and generally enjoyed doing whatever she wanted whenever she wanted. Sometimes it was painting, sometimes reading. Sometimes she even collected gems around the compound. She didn’t have to report to anyone because she was in charge.

She was Lady Suzu.

She had spent time on her own decorating the property before bringing in anyone else. The shell of the compound had a legend attached to it. It was said that the goddess of the moon, Selene, had once lived upon the very land where the compound was built. Suzu wasn’t exactly sure she believed this but she did appreciate the notoriety that came with the location. 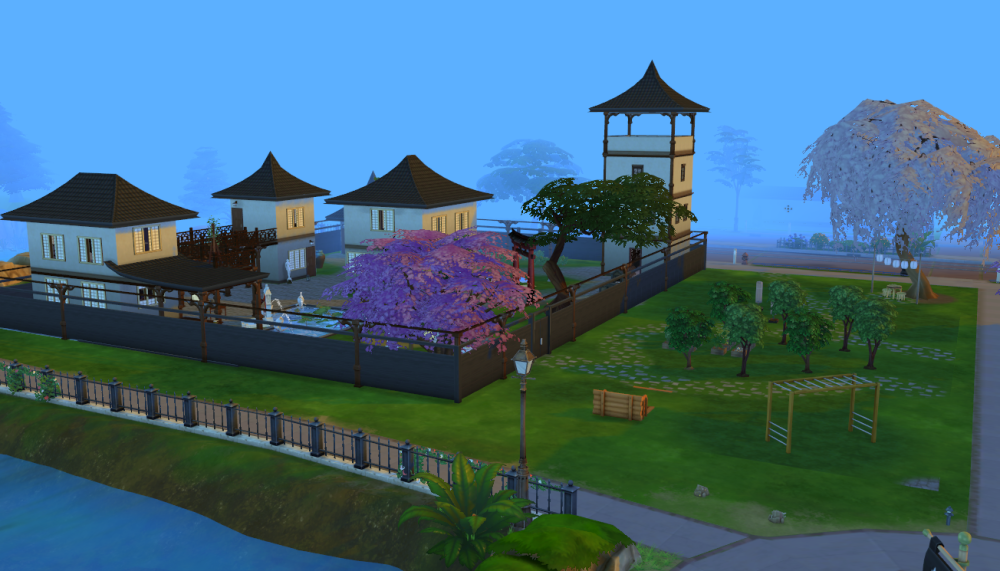 She enlisted the assistance of a clan sister named Tatiana Nu. Tatiana was bubbly and vibrant with an almost childlike outlook on life. She also brought to the clan a great understanding of wellness that surpassed even Suzu’s… However, rather than have her immediately train to become a Shaman, Tatiana took up the more pressing task of tending the gardens.

She had help in her efforts, too. Orion An, attendant and protector to the clan.

With his cheerful disposition, he was an excellent addition to their clan. Tatiana found it easy to converse with him and daily sought his opinion for advice about the garden.

Despite being an avid reader, he rarely had time to enjoy a good book. He was usually busy with his chores or working out. Besides gardening, he took on the role of the clan’s main cook.

However, he was known to be very intelligent, possessing the same brilliant mind that Lady Suzu had. He often required time to help clear his head with a game of chess. Typically, he played against Phoenix Bo, the second attendant to the clan.

Phoenix was slightly younger than Orion. He also was cheerful in almost everything he did, a rarity among men of the community. His main job in the clan was daily upkeep and maintenance. However, as the property was relatively new it was rare to find something that needed attention. He spent a lot of time instead reading about mending and building. Phoenix also spent much of his time working out (although neither he nor Orion had much to show from their work besides naturally handsome shapes).

Phoenix was outgoing and never seemed to stop talking, even to Lady Suzu. She didn’t appear to mind because he kept up the clan’s spirits. He was also something of a goofball and often quipped a joke while everyone worked in the garden together.

Actually, compared to other clans they had pretty easy lives. Life in the compound was quite peaceful and without drama… or so it seemed.

Orion likes to repeatedly get caught on fire, the nerd!