My friend wasn’t feeling good for a few days when we first arrived and it transferred over to NinjaPig! She didn’t feel Like sightseeing so we let her rest at the hotel while we took a tour of some museums.

First up was the British Museum. It was so grand! 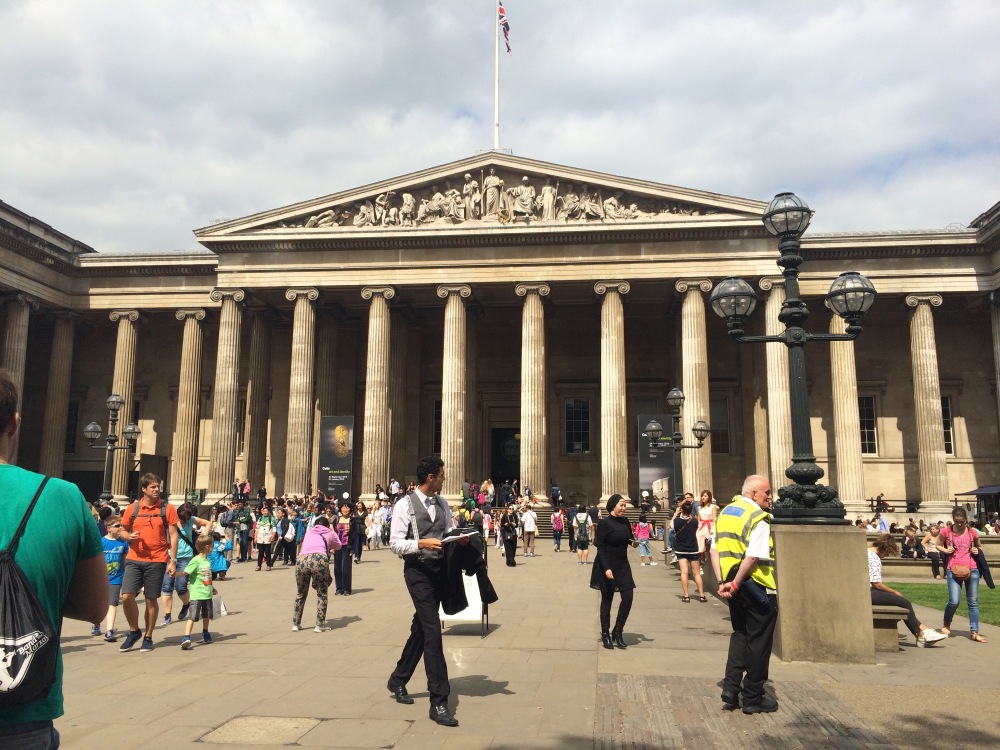 As soon as we walked inside we were greeted by instruments! As we’re both musicians we typically try and find as many instruments or musicians as we can when we go to museums.

Oh, and I forgot to mention! NinjaPig made a friend! He’s a world traveler and professor of psychology in London. His name is Albert.

Another thing we try and get are pictures of lions, dogs, and dragons.

Here’s a citole. It is a plucked string instrument. I liked it because it looks like a modern violin but not. 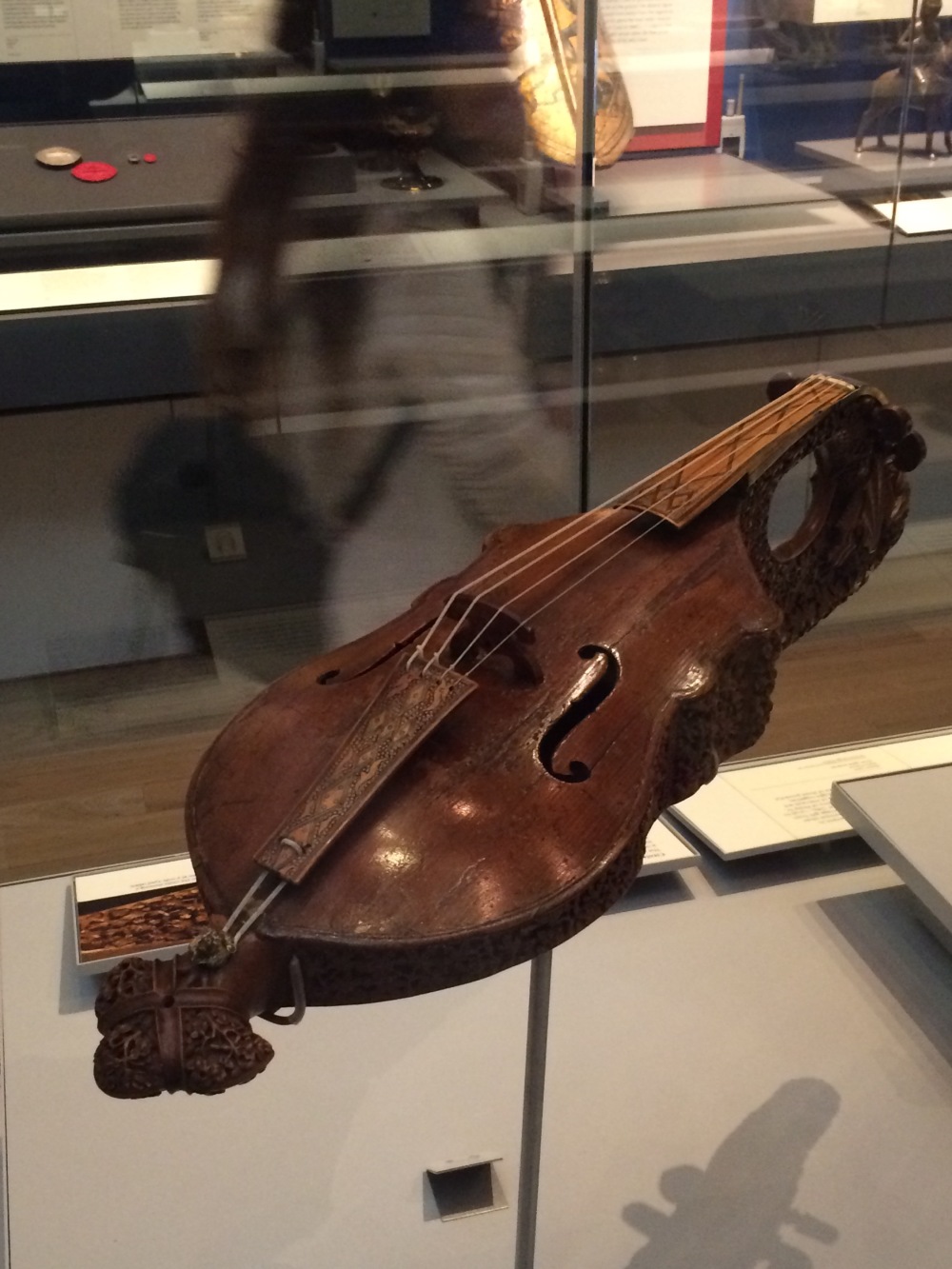 Here’s some samarai armor. I took this because it made me think about Tribe Suzu.

I like the Asian dragons and lions because they remind me of my “lion dog”, Oolie. 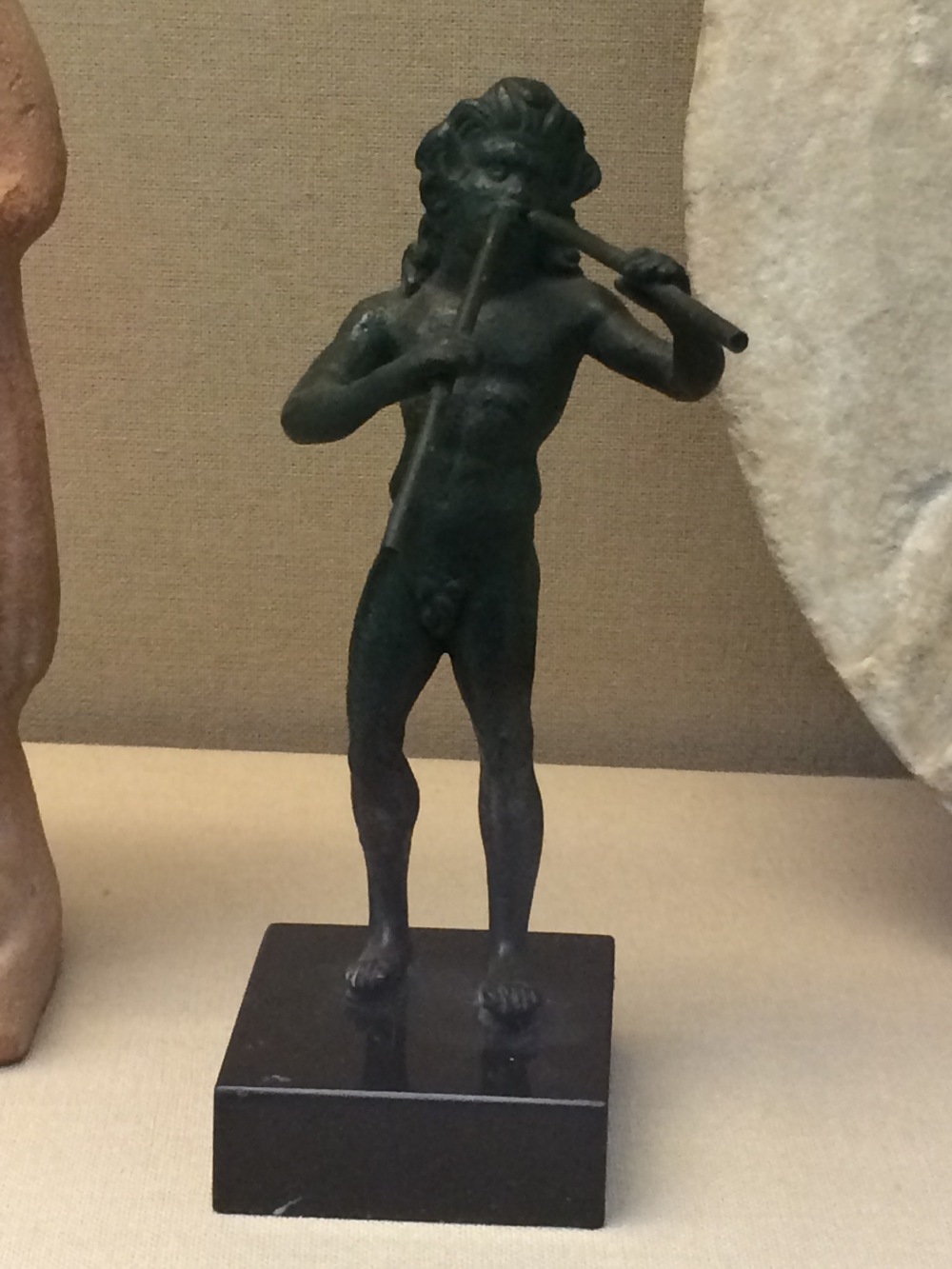 Albert was a pro at navigating this museum. He was a great little tour guide.

Jade rabbit, because I’m year of the rabbit.

Once we finished with the museum, we headed towards St. Paul’s Cathedral for afternoon tea.

NinjaPig would be sad to miss such yummy food. (I snatched a macaroon for her.) 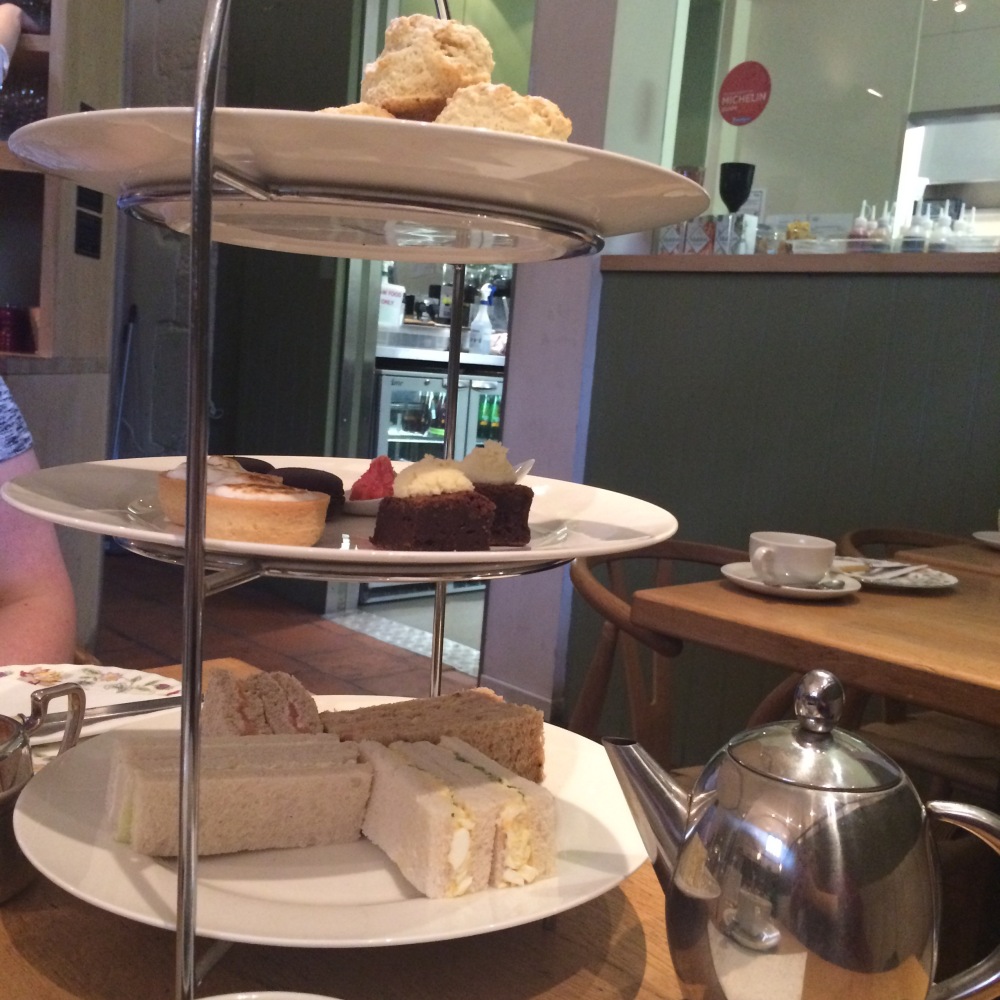 Albert did enjoy having tea with us, though! 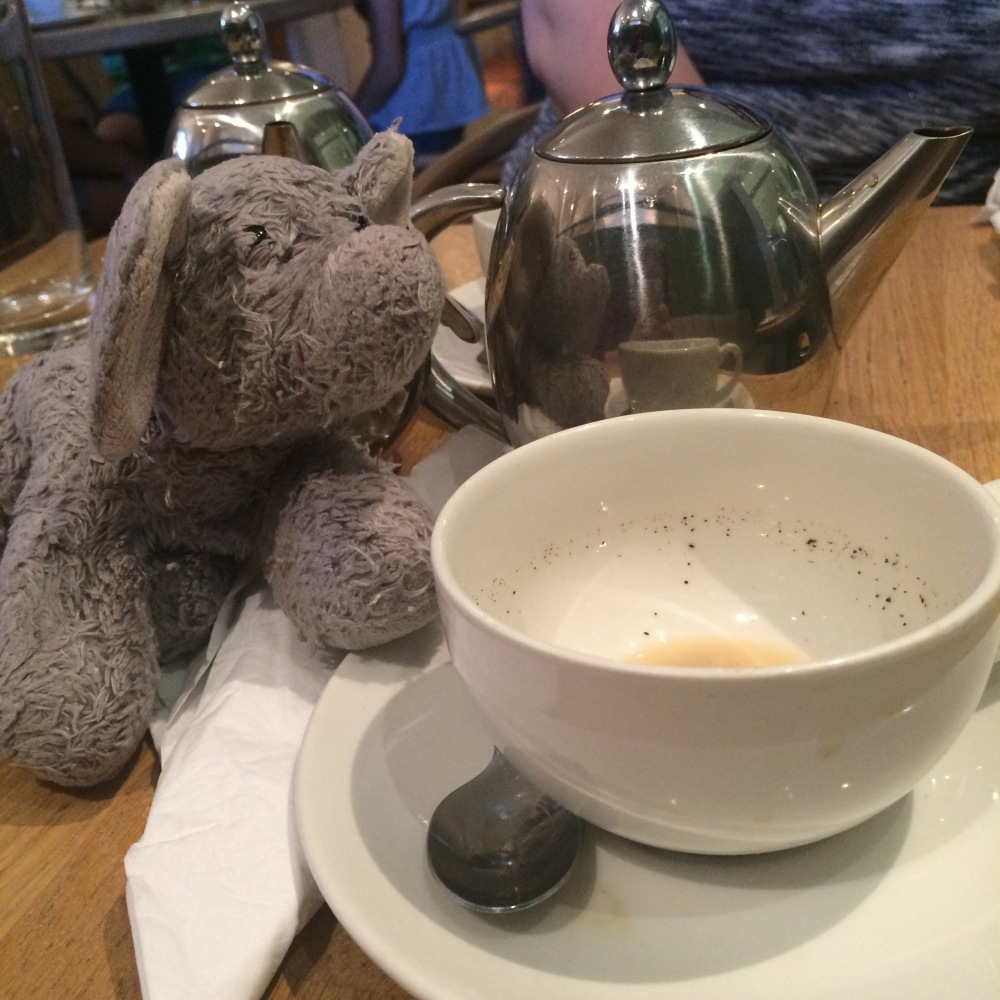 Next we started towards our next show: Gypsy with Imelda Staunton. Before that, though, we stopped in a pub for dinner. It was so yummy. I had fish pie. Who knew it would be as delicious as it was!

Gypsy was so good! Along with Staunton (who played Umbridge in Harry Potter), there was Lara Pulver (Irene Adler on Sherlock), and Peter Davison (the fifth doctor).

The whole cast used American accents and they were pretty spot on. I only heard a word here or there where accents slipped. Staunton didn’t slip once.

Pulver has a lovely voice! 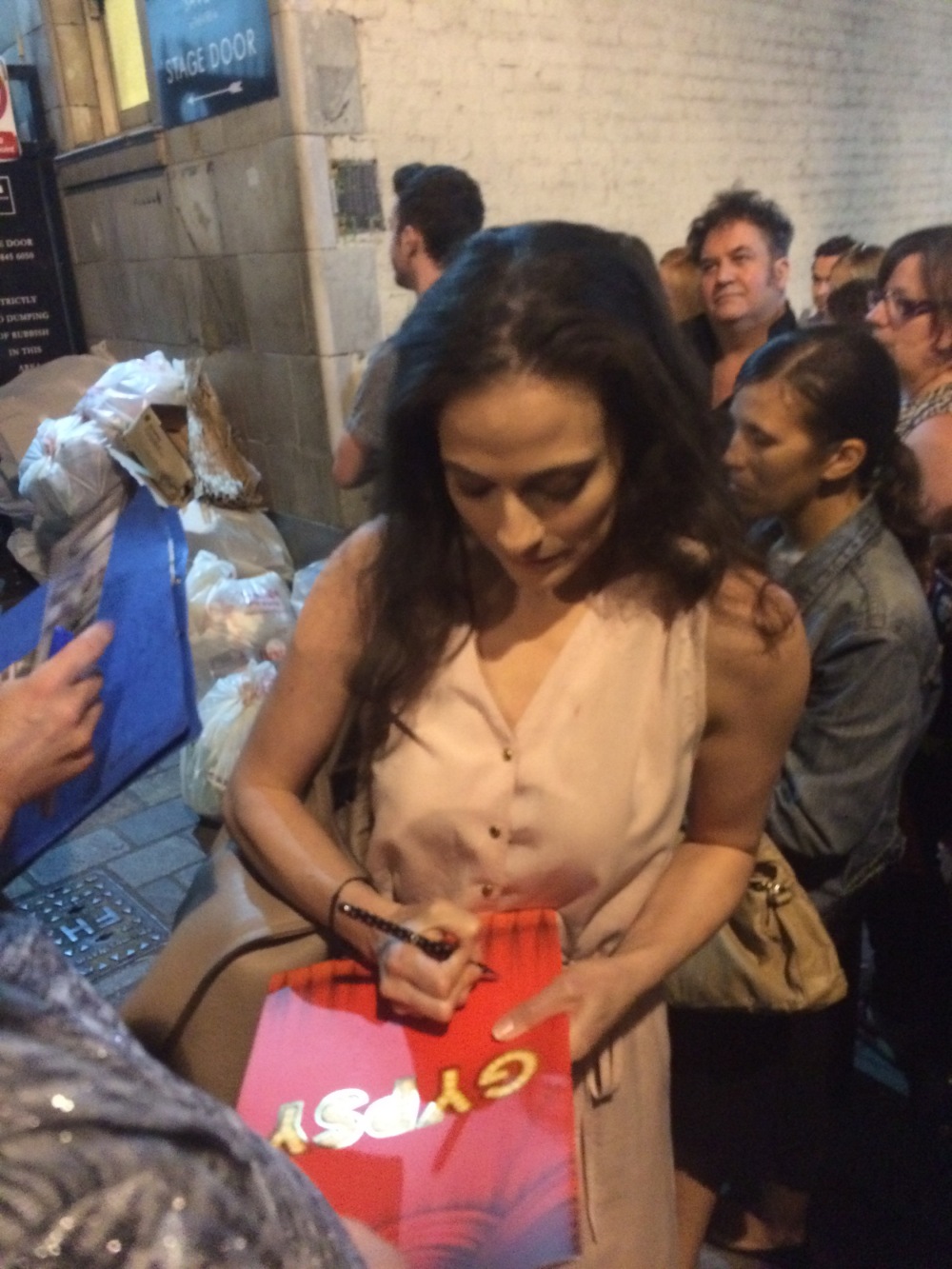 Staunton was a powerhouse! 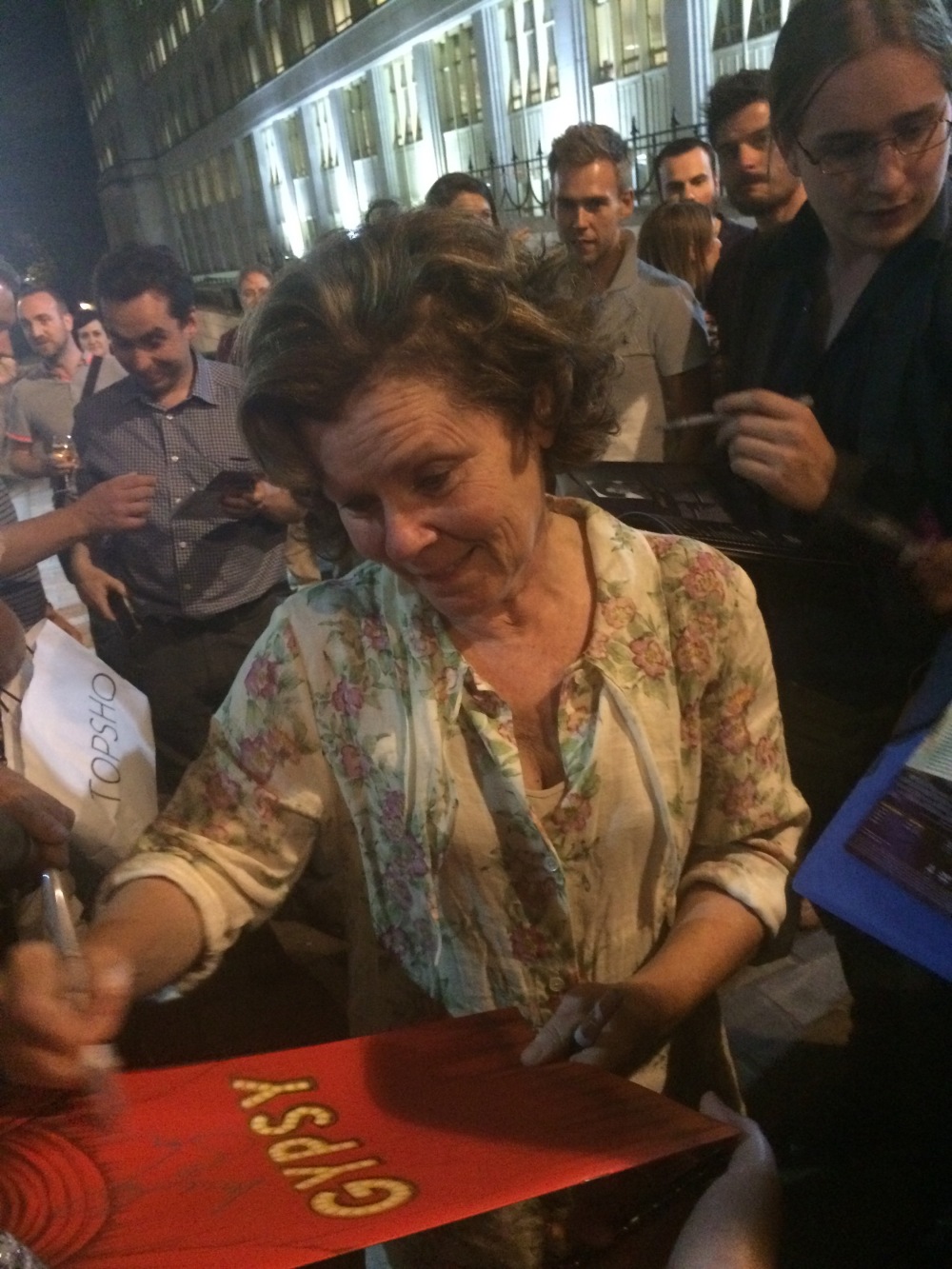 When we got back NinjaPig was feeling better. She’d be back with us the next day.