Day two is only a little bit stressful…

Around mid day, we left our hotel and headed to the train station to drop our bags. The tube was very crowded and NinjaPig caught a ride on my friend. She had a great hiding spot to spy on everyone, too. 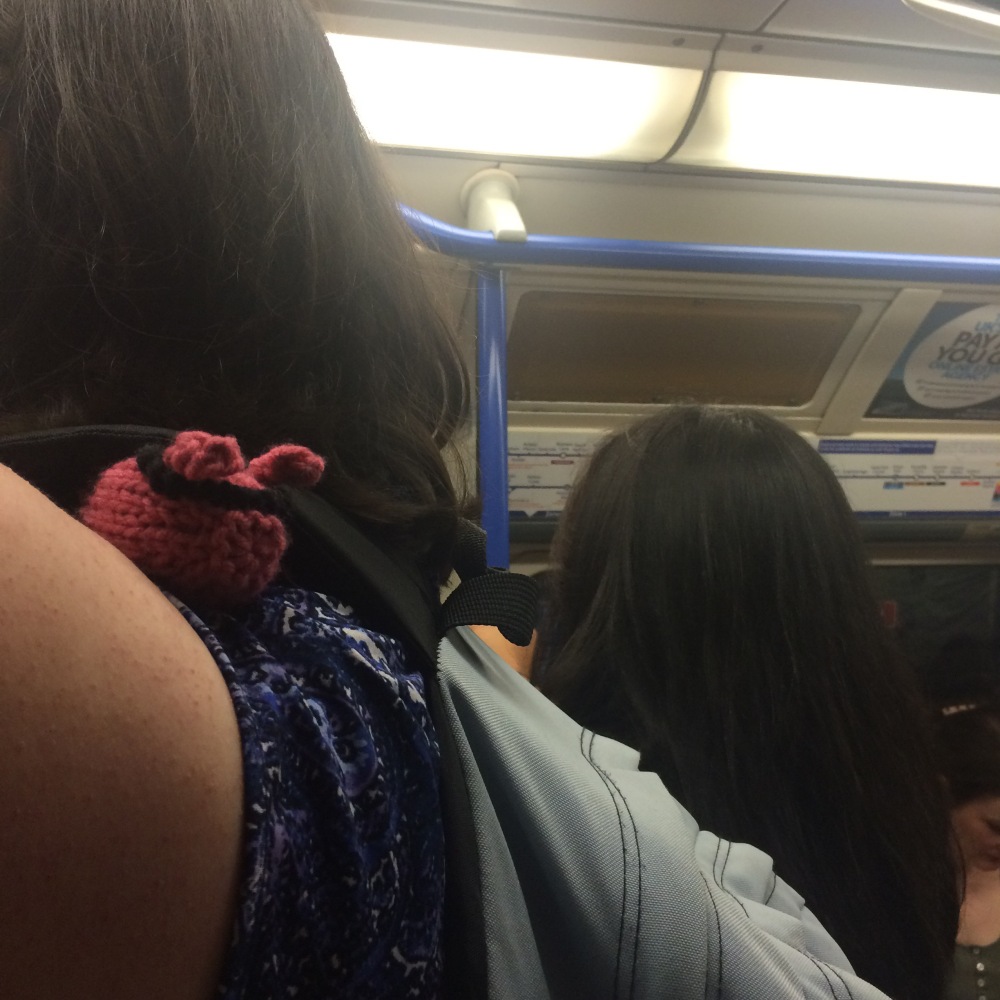 After dropping our bags, we walked to the National Portrait Gallery where we saw many famous paintings. NinjaPig went up to investigate the third floor restaurant. She didn’t tell me about her findings (but I saw some crumbs on her snout). 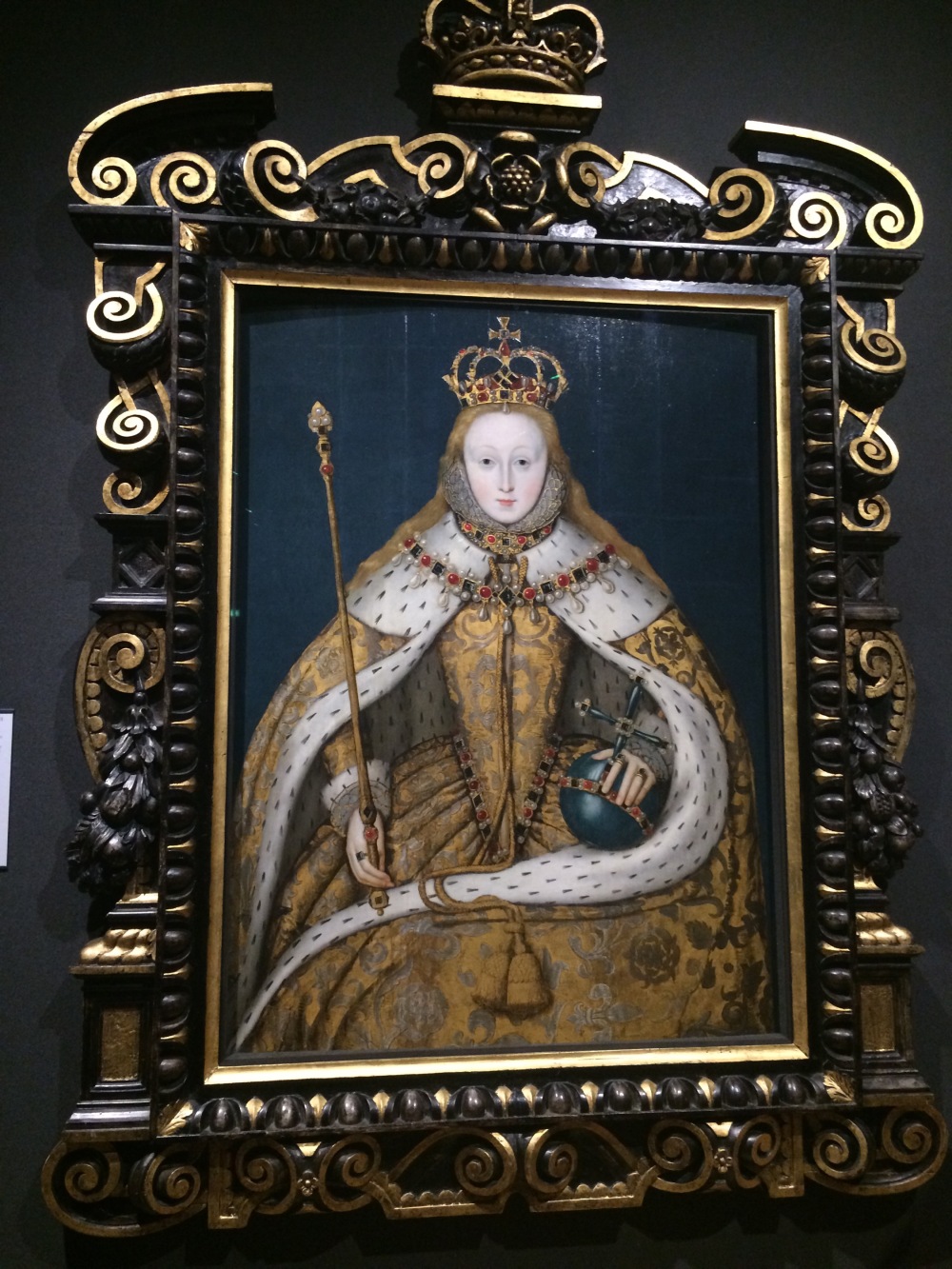 After a few hours we were back at the train station and waiting for our train to Paris. (NinjaPig enjoyed a croissant!)

The ride there was fairly uneventful.

We did pass beneath the English Channel, though!

Once we arrived in Paris, we came across some trouble… The first taxi driver we found didn’t know where the B&B was! We tried to find the right bus but we just missed it. NinjaPig almost hitched a ride so she could sabotage the bus but I managed to stop her. Thankfully, we eventually found a taxi driver that would take us. The B&B owner was very nice (and so is the bathroom!) NinjaPig felt she deserved some pampering after the day we had (I don’t blame her!)