Grim makes a house call and the family moves forward.

Sparkling life bars make me so anxious. I feel like I need to be with the sim in question up until it’s time to leave. When their face suddenly appears in their queue I tense up…and it ends up being “dance” in the end. I exhale and keep playing. It was almost as if Kimi wasn’t aware of what was going on as her grandmother got up and waved at the ceiling. (Maybe she was mad that Sonia had just insulted her for no reason.)

Instead of starting a game of chess Grim turned and floated out of the study and headed towards the basement.

At the exact time Sonia was waving at the ceiling, Mamoru woke up from his bed and did likewise.

(I feel you, painting behind Mamo. I feel your pain.)

We added one more table to the crypt to display generation eight’s urns. I thought, hey, this will be the last one, but… Malik’s life bar is creeping up there. Kaori’s almost an elder, too. I don’t want to think about it.

That first evening following the deaths I left the kids to their own devices. Most of them went to bed early. I figured with our resident dollhouse smasher now gone we might as well try to fix it finally.

Inside, Kaori watched her younger girls sleep. I thought it was sweet…

One of Mamoru’s promotion gifts was a new rocket ship. To distract herself from all the sadness, Aya decided to build it!

She enlisted the help of Kaori and Chiyo who gladly obliged (and added rocket science to their list of talents).

They made quick work of it…

…and soon they had another rocket to remember Mamoru and Sonia by. 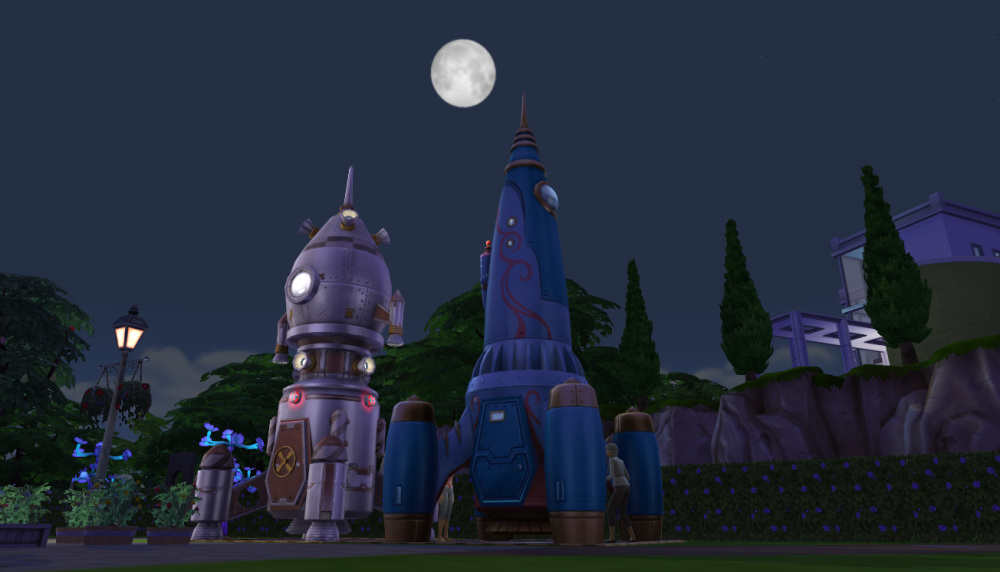 AN: I’m excited for the next chapter because it’s a little different from my usual drill. It was fun to set up, at least. 🙂 BUUUUT you’ll have to wait! 😉 cackles wildly