The backyard gets a makeover and more babies are born.
On a whim, I decided to redo the backyard! Ah, so pretty. :3 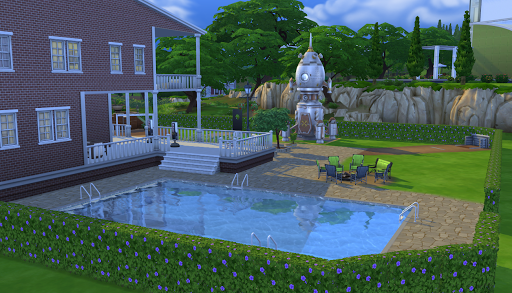 Ooo, everything is so niiiice!

What’s this? A home gym that looks into the pool?! Amazing!

And a family crypt?! WHAT COULD BE BETTER?! 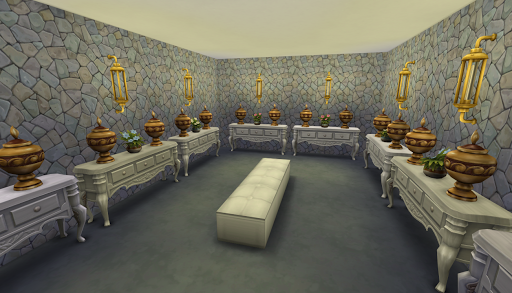 “ALIENS, KAI!”
—————————
Back to serious business: Sayuri had her birthday! She rolled outgoing and Whiz Kid!

Aaaaaand Malik got a promotion! He’s now the lead detective in the secret agent career.

Mamoru finally got to mentor a child! (Only took 30 years or so…) Kaori wasn’t the greatest. We’ll say it’s because she’s pregnant.

Sayuri has taken to sitting in the crypt to eat. Weird but, whatever, girl…

At least she cleans up after herself. We don’t need anyone making a mess down there. 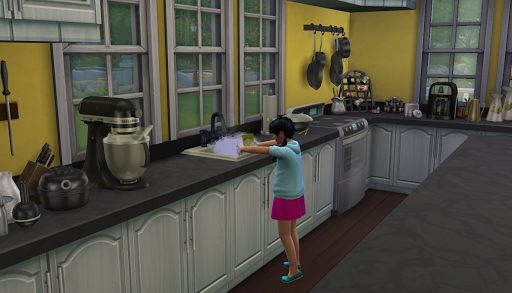 Anyway, when Kaori went into labor, Sayuri was not so sure about the thought of a new sibling. When her parents brought the new baby upstairs, Sayuri went to check things out. Now she knew how she felt: angry! 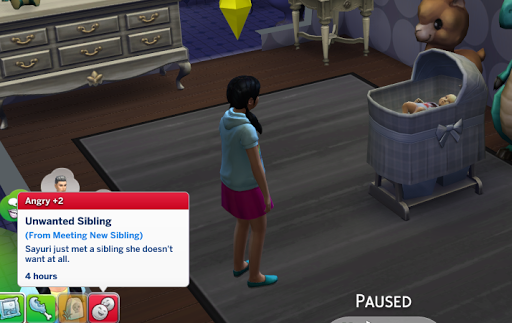 There, there, Sayuri. Be nice to your new sister! They named her Suzu. Kaori and Malik immediately tried for another baby so they could get their son .
Chiyo and Sayuri, on the other hand, started to play chess against each other for their Whiz Kid aspirations.

Once Sayuri had met her game quota, Chiyo moved on to the chemistry set. They put it up in the nursery for some strange reason. Chiyo said it was so she could teach Suzu how to be really smart.

I feel like it’s a little dangerous but… OK. 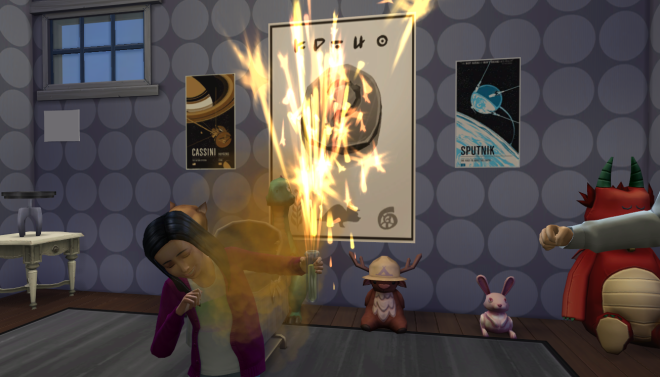 When it was time for Suzu to age up she earned the loves outdoors trait and the artistic prodigy aspiration.

Moving on…
Kaori started her contractions and I decided that we hadn’t been to the hospital in a while so off she went! Malik was at work but he happily left early to meet her there.
Before they went in we saw a ghost doctor. Kaori had a bad feeling he was going to be hers…

He did okay, though, and even had some onlookers. Malik chose to stay out of the delivery room for some odd reason but it didn’t bother Kaori; there were too many people in there! 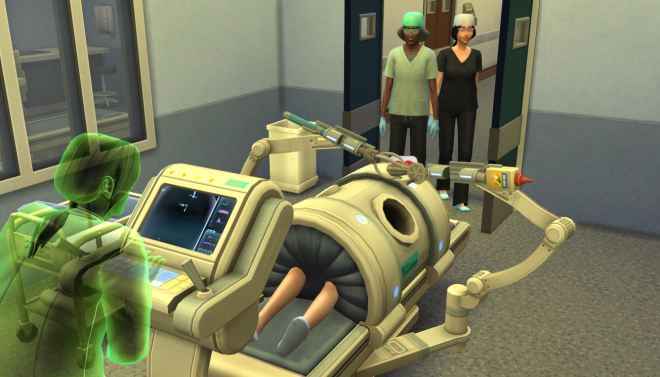 They brought the baby home shortly after and a weird thing happened: more than a few ghosts were just hanging out in front of the house in the middle of the day!
Pop quiz! Who’s who?

Oo, oo! I know! Front to back: Rei, Maggie, Tachi, Maddox, and Takeo in the back.

They had another girl. This one they named Kimi.

With four daughters now Kaori would not give up! They tried again. Maybe this time we’ll get our boy. Just wait, this will be the time we get triplet girls or something. I might scream…
AN: this is the last of the posts brought over from BlogSpot so the formatting is still a little weird.
Sorry bought that. I’m too lazy to re-upload the pics that have the weird boxes around them…