Edward ages up and the two brothers become fast friends.

TADA! Edward had his birthday! He inherited his dad’s hair color (and also his fashion sense – rain boots and a sweater vest?!). He rolled the trait. Now we’re going to need another bed. The family still doesn’t make that much money so this is going to be a stretch for them, I can tell. 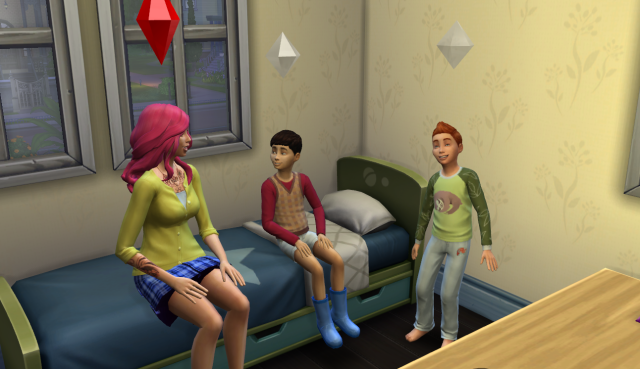 Ben seemed pleased that his little brother was now old enough to play with him. Once Eva left them alone for a while, they quickly caught up and became friends.

It looks like the family was able to scrape enough money together to afford a second bed. Phew. I thought Eva would be stuck on couch duty for a few days. 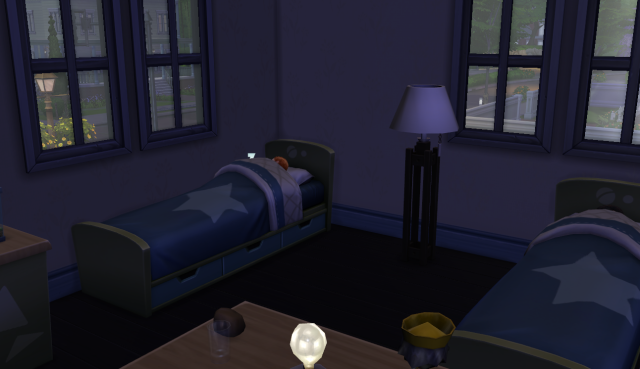 It’s been really nice to see the boys interact with each other. They’re so naturally friendly that I’ve forgotten that I wasn’t controlling them when I took these shots.