Life in the compound calms (somewhat)

Jana’s departure left the clan in disarray. When Tatiana later found Jana missing and her child alone she knew that Jana had run away. Others in the community confirmed this, having seen Jana earlier that morning and later leaving the village. Now with a (purple) baby in the clan without a mother, Suzu had a lot of thinking to do. What would they do with a child that looked like that? Eventually someone would find out and then there would be trouble. She asked a trustworthy Shaman from another clan to look into some potions or salves they could try once the child was older. Until then, they would continue as usual and keep the child away from the community.

Then there was the question of what to do with Phoenix. He was their most skilled attendant and Suzu didn’t want him to leave. She was considering bending the rules since Jana was gone. Perhaps Phoenix could stay, provided that the child never knew he was her father. Yes, there was much to consider…

Tatiana seemed to calm down with Jana gone. She and Phoenix were on better terms than they had been. Suzu suspected it was her upcoming birth that had her in a better mood. The clan was hoping for a girl, of course.

Tatiana spent a lot of her time perfectly her painting skills. She finally progressed enough that she offered to paint Suzu’s portrait. Suzu only had to sit for a short spell while Tatiana went to work. Her painting would need to go on hold, however, as Tatiana went into labor that afternoon.

Suzu was there to attend to her as the two patiently waited for the new addition. Both women hoped for a girl. Tatiana worried that she had been cursed by Jana and that her baby would be a boy born with purple skin as well but Suzu tried to reassure her.

Finally when the time came they learned that Tatiana had been carrying a boy (that was not purple). She named him Magnus. Atlas was called up to meet his son; Phoenix joined him, slightly bitter. It was decided that Atlas would leave the following morning. He had been prepared for this and had already said his goodbyes. He was sad but also was thankful for his time with the clan. He hoped that his next location would be as welcoming. 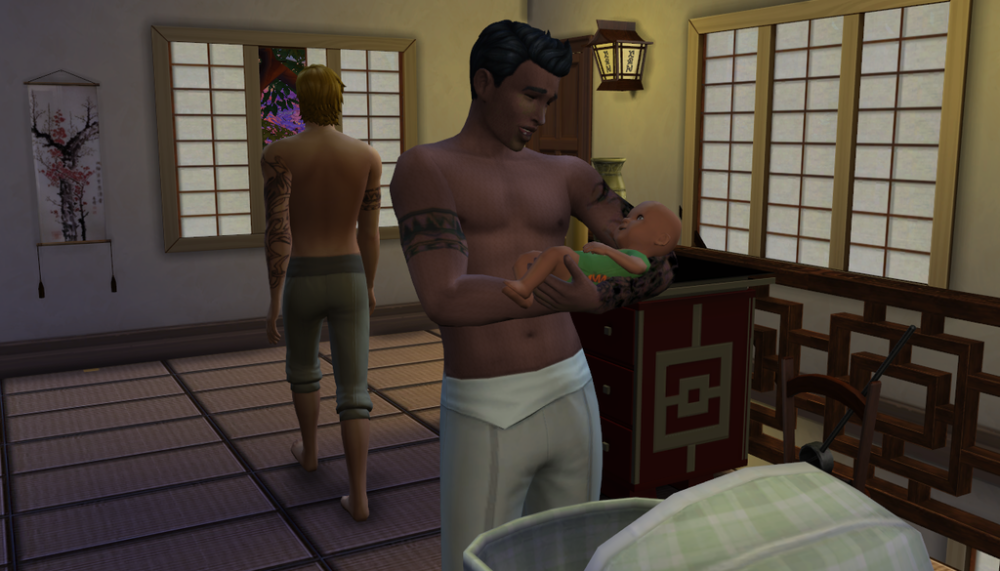 This night had actually been scheduled for the clan to celebrate Suzu’s adult birthday. Tatiana rested a while while Phoenix made a cake for the celebration. When everything was ready they gathered in the dining area and sang a celebratory song for their Lady. 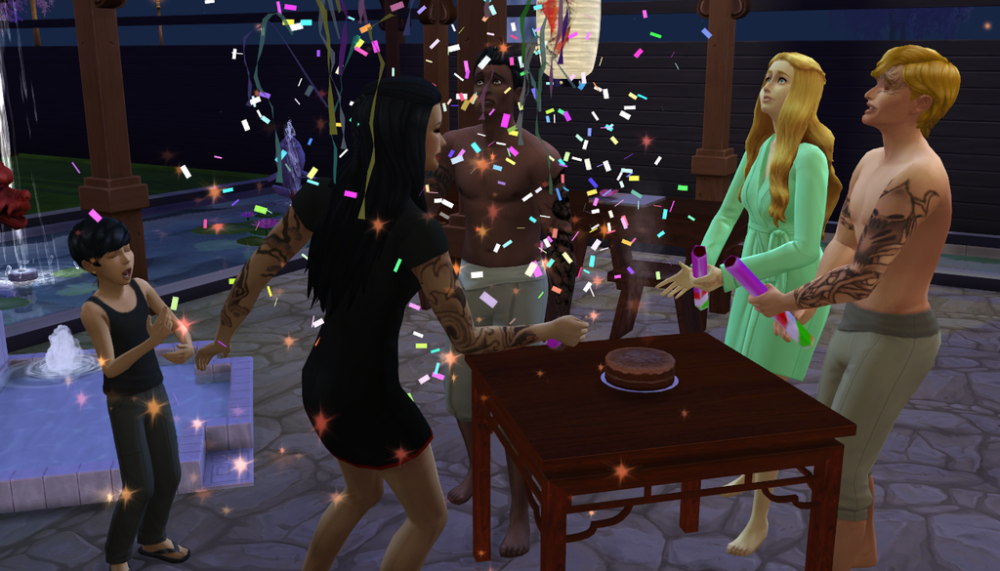 Suzu aged into an adult with her son beside her. She looked as if she hadn’t aged one bit. Rigel would soon take his turn at the cake and become a teenager. She worried that others like Lady Caliente might have strong opinions on his fate. She needed to hurry and think of a plan to protect her son…

The next morning the adults gathered outside and said their goodbyes to Atlas. Suzu felt like she hardly knew him and she felt a bit bad about it. However, she was still grateful that he was able to give Tatiana a child.

After his departure, Suzu felt as if she had completely forgotten her task of producing an heiress. She blamed her issues on Jana but also knew she had become too comfortable with things as they were. She needed to change that.

Suzu went to the tea house as she had so many times before and met with several different men with the sole purpose of finding one to father her child. She didn’t care much for skill, only temperament (and looks, if she was being honest). In the end she chose a man close to her in years named Elon Dhu. As soon as he arrived at their clan the two of them celebrated his adult birthday.

Elon was cheerful, outgoing and considered himself something of a foodie. Not that there was a way to measure these things but Suzu felt that he was very much like Phoenix (minus his selfishness) as well as Orion. Rigel got on well with him and this also cheered Suzu considerably. She knew he wouldn’t say in their clan for long but she was grateful for the easy friendship that developed.

Suzu, rather than lead Elon on, told him her intentions. He was honored and agreed to father her child. 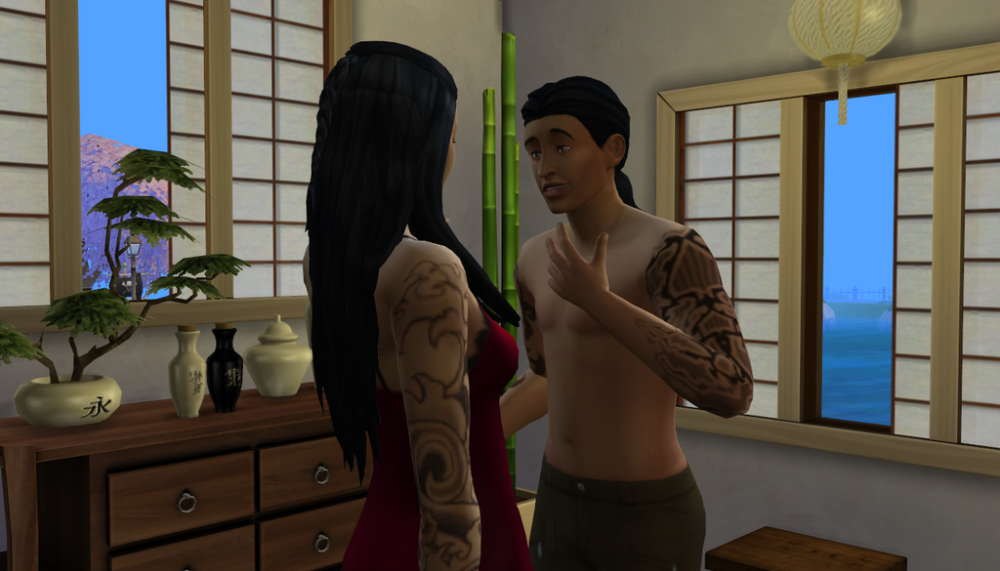 Suzu was quite relieved and the two wasted no time…