The twins are kids, Nade’s a teen, and Aya won’t shut up.

Kyo and Kin’s baby days went by very quickly. To be honest, I was working very hard on Miss Nadeshiko. She was quite close to achieving her Artistic Prodigy goal and I was determined to get her there. I took zero screengrabs and I’m very apologetic about it but LISTEN: she made it. Yaaaaaay! Her traits are now perfectionist and foodie.

The twins aged up, too. They’ve got their mother’s hair color and their father’s facial features. They both rolled the social butterfly aspiration. Kyo (on the right) gained the active trait but Kin rolled LONER! Poor kid; he wants to be popular but he also wants to be left alone. Thankfully they’ve got each other and can use their large family for racking up those points. 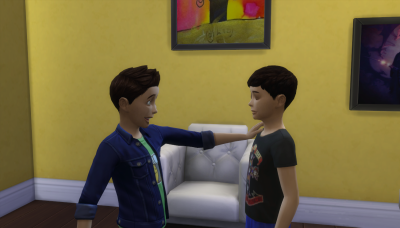 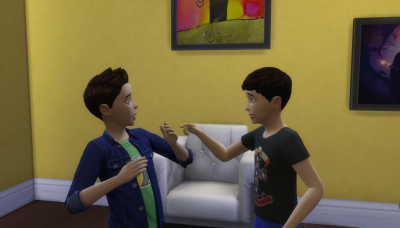 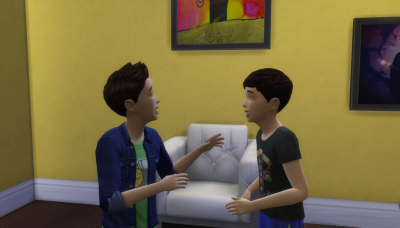 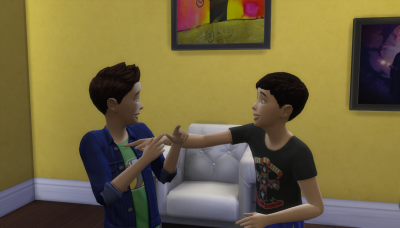 They may fight from time to time but they are probably going to be best friends. 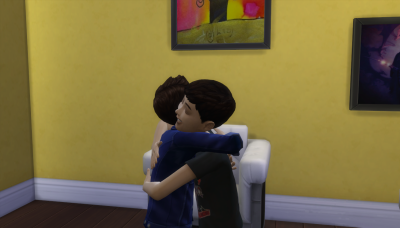 Aya has been planning her birthday bash for weeks now. However, her constant chatter of moving out has started to get to the rest of the house. Yes, we know.

She’s even planned to go out of town once she’s aged up and stay at a bed and breakfast. What? It’s to celebrate this holiday called Plum Day. She’s informed the house that since she’ll be a young adult no one can stop her. Well, that settles that! 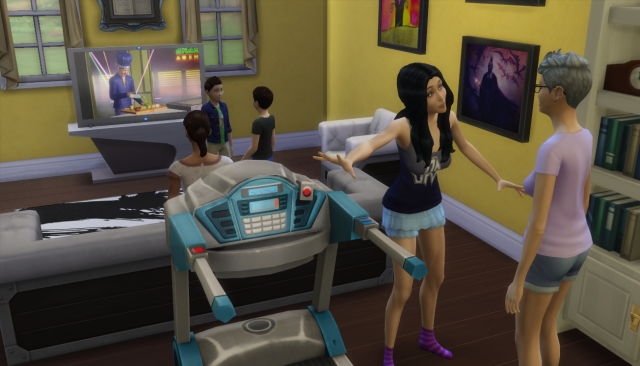 We’re not sure what’s going to happen to her while she’s there but the people that she’ll be hanging out with are really cool. Watch out, you guys…